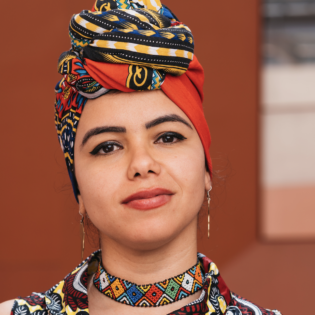 Aya Chebbi is a multi award-winning Pan-African feminist. She rose to prominence as a voice for democracy and shot to global fame as a political blogger during 2010/2011 Tunisia’s Revolution. She served as the first ever African Union Special Envoy on Youth and the youngest diplomat at the African Union Commission Chairperson’s Cabinet from 2018 to 2021.

Aya Chebbi received the Gates Campaign Award and was named in Forbes Africa’s 50 Most Powerful Women, New African Magazine List of 100 Most Influential Africans, and Top 20 List of Apolitical 100 The World’s Most Influential Young People in Government. Her story and talks have been critically acclaimed by the Guardian, Huffpost, Jeune Afrique, France24, Deutsche Welle and more.

Listen to Aya Chebbi speak at the conference